The Best Sewing Machine in 2019 for Fashion Designer Student

Why we should study Fashion?...

The problem with Fast Fashion

After watching a few documentaries and searching the terms "Fast Fashion," I realized how bad the problem is in the Fashion Industry. In this post, I want to focus on the alternatives rather then keep arguing how bad it is that we are consuming these types of clothes. Fast Fashion is terrible not only for the environment, but for your wallets, and the industry in general. My first contact with Fast Fashion was in 2003. In the mall called Plaza las Americas in San Juan, Puer

Hi! Everybody! Today we will be taking about BB cream and CC cream. What is BB cream? BB cream was originally formulated in 1960s Germany by dermatologist Dr. Christine Schrammek. It became popular in Korea and East Asia. The BB stands for "Blemish Balm." When this product arrived to the USA, it was renamed "Beauty Balm," and the main goal of this product is to provide sun protection and other skin benefits, as well as anti-aging elements. The formula varies by company an 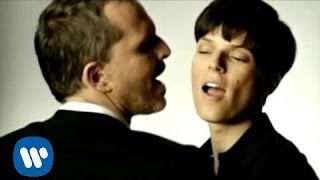 The Spanish model and singer Bimba Bosé dies at 41

Eleonora Salvatore Gonzalez, better known as Bimba Bosé, was one of the most influential models and singers from Spain. The niece of Miguel Bose passed away on January 23rd pf this year in Madrid after a 2-year battle with breast cancer. Bimba was the symbol of odd beauty, unique personality, and is admired by many people in the Hispanic world. To be honest with you guys, I cried because she was one of my idols. Between summer 2016 and summer 2017, I have lost so many idols:
bottom of page